Diatomaceous earth is an all-natural, safe-to-use substance that doesn’t harm plants with toxic chemicals. The nature of diatomaceous earth makes it useful against most types of insect infestation you might be experiencing; and unlike chemical insecticides, insects can’t develop a resistance to the effects of DE. So once they’re gone, they’re gone for good. DE is an abrasive. and when used as an insecticide, it gradually scrapes away an insect’s exoskeleton, absorbs the fluids, and dehydrates insects and other critters to eventual death.

What is diatomaceous earth?

Diatomaceous earth is made from the fossilized remains of tiny, aquatic organisms called diatoms. Their skeletons are made of a natural substance called silica. Over a long period of time, diatoms accumulated in the sediment of rivers, streams, lakes, and oceans. Today, silica deposits are mined from these areas. 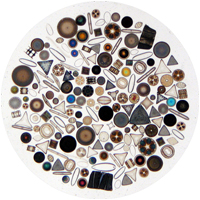 What are some products that contain diatomaceous earth?

Products containing diatomaceous earth are most commonly dusts. Other formulations include wettable powders and pressurized liquids. Currently, there are over 150 products registered for use inside and outside of buildings, farms, gardens, and pet kennels. Some products can also be used directly on dogs and cats. Diatomaceous earth products are registered for use against bed bugs, cockroaches, crickets, fleas, ticks, spiders, and many other pests.

There are thousands of non-pesticide products that contain diatomaceous earth. These include skin care products, toothpastes, foods, beverages, medicines, rubbers, paints, and water filters. The Food & Drug Administration lists diatomaceous earth as “Generally Recognized as Safe”. “Food grade” diatomaceous earth products are purified. They may be used as anticaking materials in feed, or as clarifiers for wine and beer.

Always follow label instructions and take steps to minimize exposure. If any exposures occur, be sure to follow the First Aid instructions on the product label carefully.

How does diatomaceous earth work?

Diatomaceous earth is not poisonous; it does not have to be eaten in order to be effective. Diatomaceous earth causes insects to dry out and die by absorbing the oils and fats from the cuticle of the insect’s exoskeleton. Its sharp edges are abrasive, speeding up the process. It remains effective as long as it is kept dry and undisturbed. 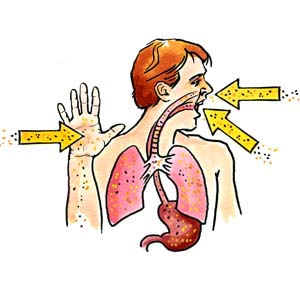 People can be exposed to diatomaceous earth if they breathe in the dust, eat it, get it on their skin, or get it in their eyes. For example, when applying the dust or when entering a treated area before the dust has settled. Exposures can also occur if products are accessible to children or pets. Exposure can be limited by reading and following label directions.

What are some signs and symptoms from a brief exposure to diatomaceous earth?

If breathed in, diatomaceous earth can irritate the nose and nasal passages. If an extremely large amount is inhaled, people may cough and have shortness of breath. On skin, it can cause irritation and dryness. Diatomaceous earth may also irritate the eyes, due to its abrasive nature. Any dust, including silica, can be irritating to the eyes.

What happens to diatomaceous earth when it enters the body?

When diatomaceous earth is eaten, very little is absorbed into the body. The remaining portion is rapidly excreted. Small amounts of silica are normally present in all body tissues, and it is normal to find silicon dioxide in urine. In one study, people ate a few grams of diatomaceous earth. The amount of silicon dioxide in their urine was unchanged.

Is diatomaceous earth likely to contribute to the development of cancer?

When mice were forced to breathe diatomaceous earth for one hour each day for a year, there was an increase in lung cancers. When rats were fed silica at a high dose for two years, there was no increase in cancer development.

Has anyone studied non-cancer effects from long-term exposure to diatomaceous earth?

When guinea pigs were forced to breathe air containing diatomaceous earth for 2 years, there was slightly more connective tissue in their lungs. When researchers checked before the 2-year mark, no effects were found.

Are children more sensitive to diatomaceous earth than adults?

Children may be especially sensitive to pesticides compared to adults. However, there are currently no data to conclude that children have an increased sensitivity specifically to diatomaceous earth.

What happens to diatomaceous earth in the environment? 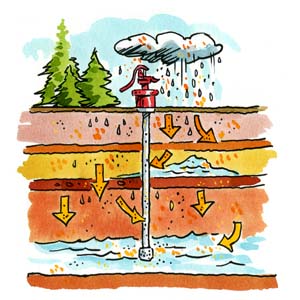 Silicon is a major component of diatomaceous earth. It is the second most abundant element in soils. It’s a common component of rocks, sands, and clays. It is also abundant in plants and plays a role in their growth and development. Due to its chemical makeup, diatomaceous earth is not degraded by microbes or by sunlight. Also, it does not emit vapors or dissolve well in water.

The ocean contains vast amounts of diatomaceous earth. Many marine organisms use it to build their skeletons.

Can diatomaceous earth affect birds, fish, or other wildlife? 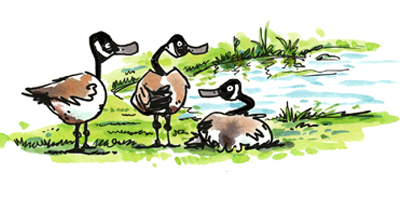 Where can I get more information?

For more detailed information about diatomaceous earth please visit the list of referenced resources or call the National Pesticide Information Center, Monday – Friday, between 8:00am – 12:00pm Pacific Time (11:00am – 3:00pm Eastern Time) at 1-800-858-7378 or visit us on the web at http://npic.orst.edu. NPIC provides objective, science-based answers to questions about pesticides.

There are no reviews yet.